The Side Effects of Social Media for Pharmaceutical Advertisers

Social media has long been recognized as a disruptive force in both the culture and in business. And while disruption can be a positive force for change, it can also create or exacerbate a unique set of problems. Emerging trends in life sciences communication in general—and pharmaceutical marketing in particular—point toward the latter.

As marketers, we all understand the unique power that social media influencers and digital content sources bring to the table; a kind of perceived credibility that comes by being “independent” or “objective.” The problem in our incredibly complex, technical and regulated field is that many of those “independent” influencers are also misinformed.

And that’s a problem. Not just for pharmaceutical marketers, but for the patient population as well.

A recent survey conducted by Wego Health found that only 3% of patient influencers prefer pharma websites as sources of healthcare information. Instead, they prefer health information from social media groups and sites like WebMD.1

As pharmaceutical advertisers and marketers, we’re acutely aware of the rules that promotional materials for drugs must adhere to. However, audiences who are not involved in the industry—who are “independent” and “objective”— aren’t governed by these same regulations—regulations which were established to protect patients from false claims and misinformation. They don’t know the amount of supporting evidence there must be to say, “this drug works the best.”

Perhaps they would trust what they see on pharmaceutical websites and promotional materials more if they knew how seldom pharma companies cross the line. 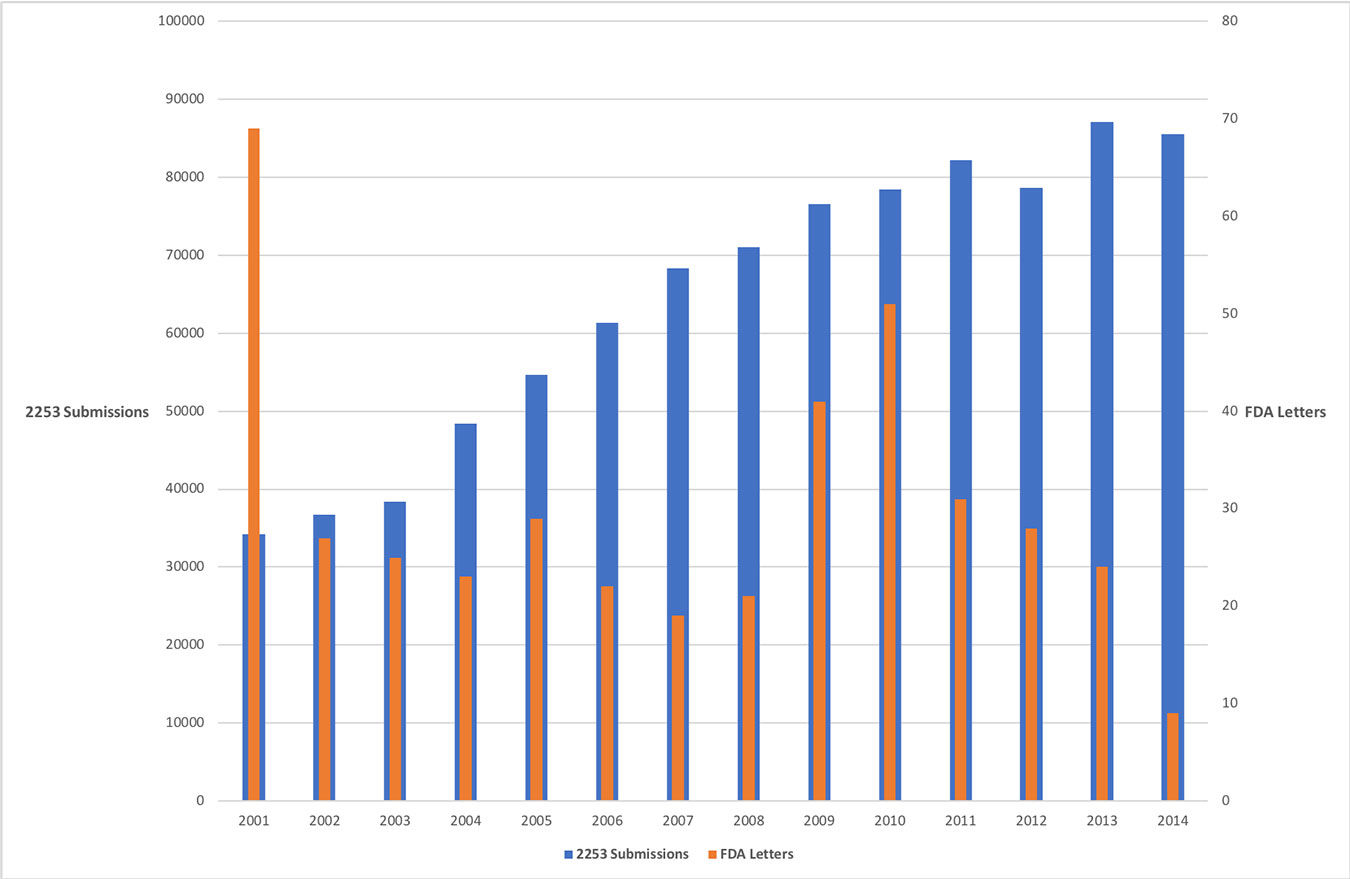 The decline in the number of letters may be due to several factors. Changes in the FDA’s monitoring of pharmaceutical advertising has contributed to the decline in the past 15 years. Chetan Chevan noted in his study of FDA warning letters that the body has increased its outreach and research programs designed to enhance guidance and has issued more than twice as many guidelines for pharma advertisers and marketers since 2009 than had previously existed up until that time.4

Medical writer C. Lee Ventola takes a more critical view of the FDA’s evolution in recent years by noting that, in 2002, the Secretary of Health and Human Services began to require all drafts of warning letters to be reviewed by the FDA’s Office of Chief Counsel before they are issued.5 The fact that this order correlates with the sharp drop-off in the number of warning letters sent indicates that Ventola is right, at least to some degree.

Whether the decline in letters is due to the relaxing of FDA oversight or simply better guidance for pharmaceutical advertising to adhere to, the fact is that pharmaceutical promotional materials are, for the most part, trustworthy. Their motivations for being trustworthy may be born from fear of being punished rather than the desire to do the right thing, but the result is the same – you can trust what you see on their sites. 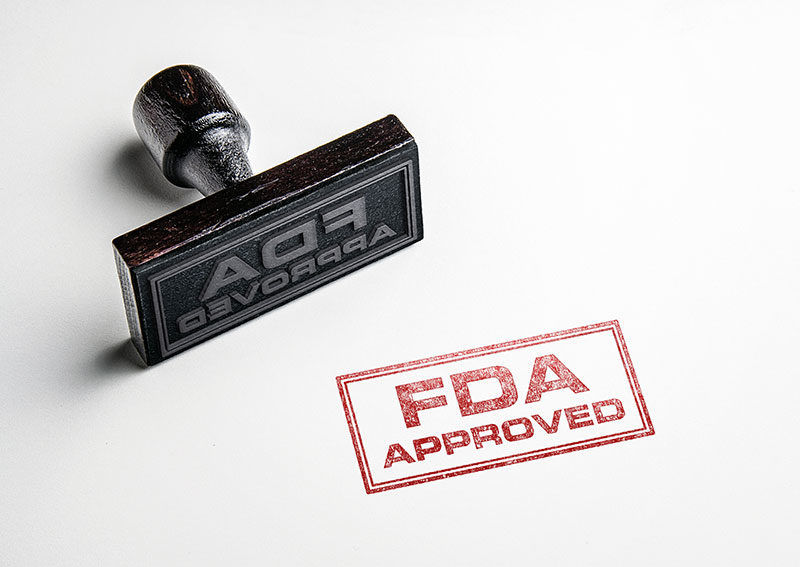 Social media outlets, on the other hand, may not be nearly as trustworthy as audiences believe them to be. According to the executive director of John’s Hopkins’ Communication Center, Susan Krenn, the healthcare information that is being pushed out by social media groups is often (and increasingly) misleading, or simply untrue.

Susan Krenn has implemented health communications programs in over 40 countries and claims that there has been a noticeable increase in false and misleading health information on social media platforms like Facebook and Twitter. She cites exacerbation of the West Africa Ebola outbreak due to misinformation on social media causing people to fear seeking hospital treatment, believing it to be a “death sentence.”6 The same Ebola outbreak produced a Twitter recommendation that Nigerians should drink salt water to fight the disease, resulting in two deaths and twelve hospitalizations.7

How can we make up this ground?

I believe the industry’s answer is to beat social media influencers and advocacy groups at their own game. Facebook’s acceptance of pharmaceutical advertisements and groups opens up an avenue for pharmaceutical companies to produce engaging content. We need to invite our audiences to discuss their experiences and share their stories – not just their experiences with medications, but their daily struggles with their condition and how it changes their outlook. We need to encourage them to ask questions. To probe our ‘defenses’ and find out that we don’t mislead. We make informed statements that are backed up by rigorous scientific debate.

We need to outperform influencers with rich, creative disease state awareness (DSA) and branded content that’s clearly backed up with science and inspires genuine engagement from patients. We need to use our thought leadership and creative to inform and delight. We need to use our market research and scientific capabilities to grow communities in addition to just selling to them. 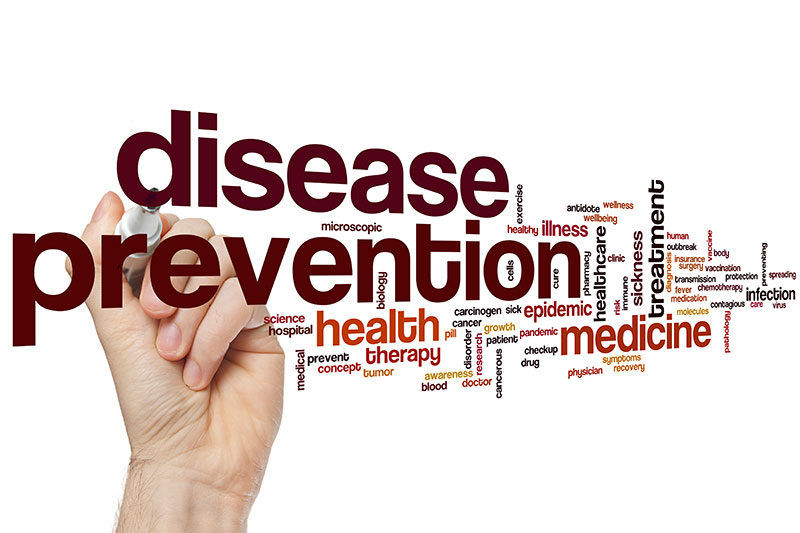 Discussions like these allow pharmaceutical companies to not only act as thought leaders, but also as trusted partners of the patients whose lives they shape.

We need to show our audience that the magnifying glass is always on us. We need to encourage them to hold influencers to the same standards that pharmaceutical companies are held to. We need to leverage the capabilities of associations like the Drug Information Association and the SHSMD to disseminate these messages. Better yet, we need to do it ourselves.